New technology and the risks of convenience

From smart phones and drones to early artificial intelligence and the Internet of Things, technology has the potential to enhance our quality of life in so many different ways. While technological advancements can provide considerable convenience, are we being sold convenience and innovation over security? W+K Cyber specialists Kieran Doyle and Eden Winokur recently talk […]

END_OF_DOCUMENT_TOKEN_TO_BE_REPLACED
By : Emily Xue Jan 15, 2020 Comments Off on New technology and the risks of convenience

On 11 December, the Australian Government announced its reform package in response to the ACCC’s digital platforms inquiry, which includes a series of initiatives designed to address the market power, transparency and fair competition associated with tech giants. For insurers, the proposed strengthening of regulations – combined with news of the NSW Ambulance workers’ settlement […]

With anticipated new data protection laws and significant investigations underway, Australia appears set to create a data protection regime with high penalties and serious potential for third party claims. Increased enforcement, penalties and third party claims will create a rapid increase in exposure for insurers – and may put the question of whether cyber fines […]

END_OF_DOCUMENT_TOKEN_TO_BE_REPLACED
By : Johnny Spiller Sep 13, 2019 Comments Off on Insurers face a double blow from cyber fines and claims in Australia

Government Bill opens the back door for hackers

The Telecommunications and Other Legislation Amendment (Assistance and Access) Bill 2018 was introduced to Parliament on 20 September. While the Bill may sound innocuous, its scope and implications could significantly impact personal data security in Australia and make it easier for hackers to access personal data stored on devices. Technology commentators say it will be […]

END_OF_DOCUMENT_TOKEN_TO_BE_REPLACED
By : Jala Design Oct 3, 2018 Comments Off on Government Bill opens the back door for hackers

I am delighted to welcome you to the launch of our annual Legalign Global insurance report, Insurance Remodelled, 2018/19 Market Conditions & Trends. The report has been produced by our Legalign Global partner DAC Beachcroft for a number of years to assist the insurance industry in the UK and has now been expanded to include […]

GDPR: How One Website Advertisement Could Cost You Millions from May 25, 2018

The General Data Protection Regulation (GDPR) affects businesses across the globe, despite originating in the European Union (EU) and comes into force today. It is not too late to consider the impact as an Australian or New Zealand business owner. What makes this new regulation unique is the obligations imposed on businesses worldwide to comply […]

END_OF_DOCUMENT_TOKEN_TO_BE_REPLACED
By : Jala Design May 25, 2018 Comments Off on GDPR: How One Website Advertisement Could Cost You Millions from May 25, 2018

Andrew Moore (Partner) and Ahrani Ranjitkumar (Senior Associate) have contributed to the recent LexisNexis Privacy Law Bulletin, looking at the need for Australia to develop its privacy laws to allow for sufficient protection of individuals’ rights to privacy in our evolving digital world. The article addresses the following key takeaways: the development of a statutory […]

END_OF_DOCUMENT_TOKEN_TO_BE_REPLACED
By : Andrew Moore Apr 27, 2017 Comments Off on Do you have a right to privacy? Anyone paying attention will have observed that data breaches have become increasingly common place in Australia. In January 2015, news reports emerged of the recent cyber attack on Aussie Travel Cover (ATC). The ATC cyber attack led to 770,000 personal data entries being compromised. In this article, Andrew Moore and Jack Geng examine the impact […] 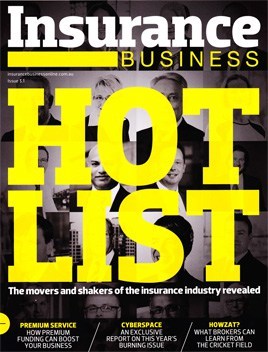 The current boom in cyber insurance policies is at least partly due to new cyber privacy laws being enacted in March 2014. Andrew Moore, Jane O’Neill and Jack Geng investigate the new legal landscape in the March edition of Insurance Business magazine.